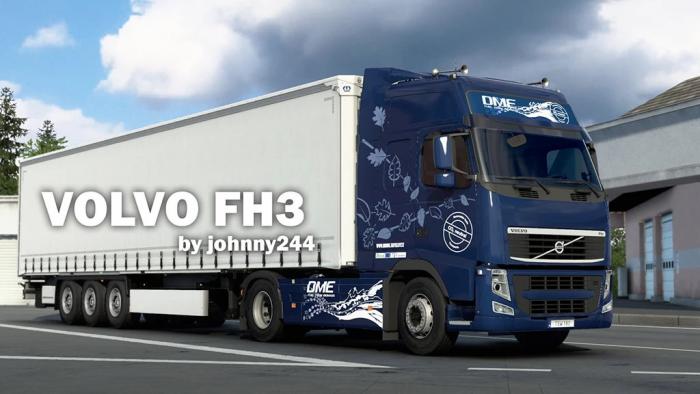 I am a die-hard fan of the 3rd gen Volvo FH. It represents the transition from old-school Volvos to a completely redesigned new generation of trucks since 2012. It has the general 1st gene Fh design language with modern design touches here and there and has new technologies (such as new headlamps and engines with EEV emissions standards that can deliver up to 750 hp).

Although the DLC tuning pack added a further appeal to the model, vanilla FH was still the one model in the early 2010s, which was badly lacking in terms of model quality compared with, for instance, the new Actros and Scania NG in play.

There are mods on this website that improve the details of the truck greatly, but unfortunately none of these actually include a complete renovation of the cabin. There are other mods that add to the game on a standalone FH, but they are usually not very well designed for play, and the polygon number of models is too high (over one million) for a video game.

So, from scratch, I decided to build a new 3d truck model myself. For this I have taken many references from online documents and photos, Vanilla FH models and online models.