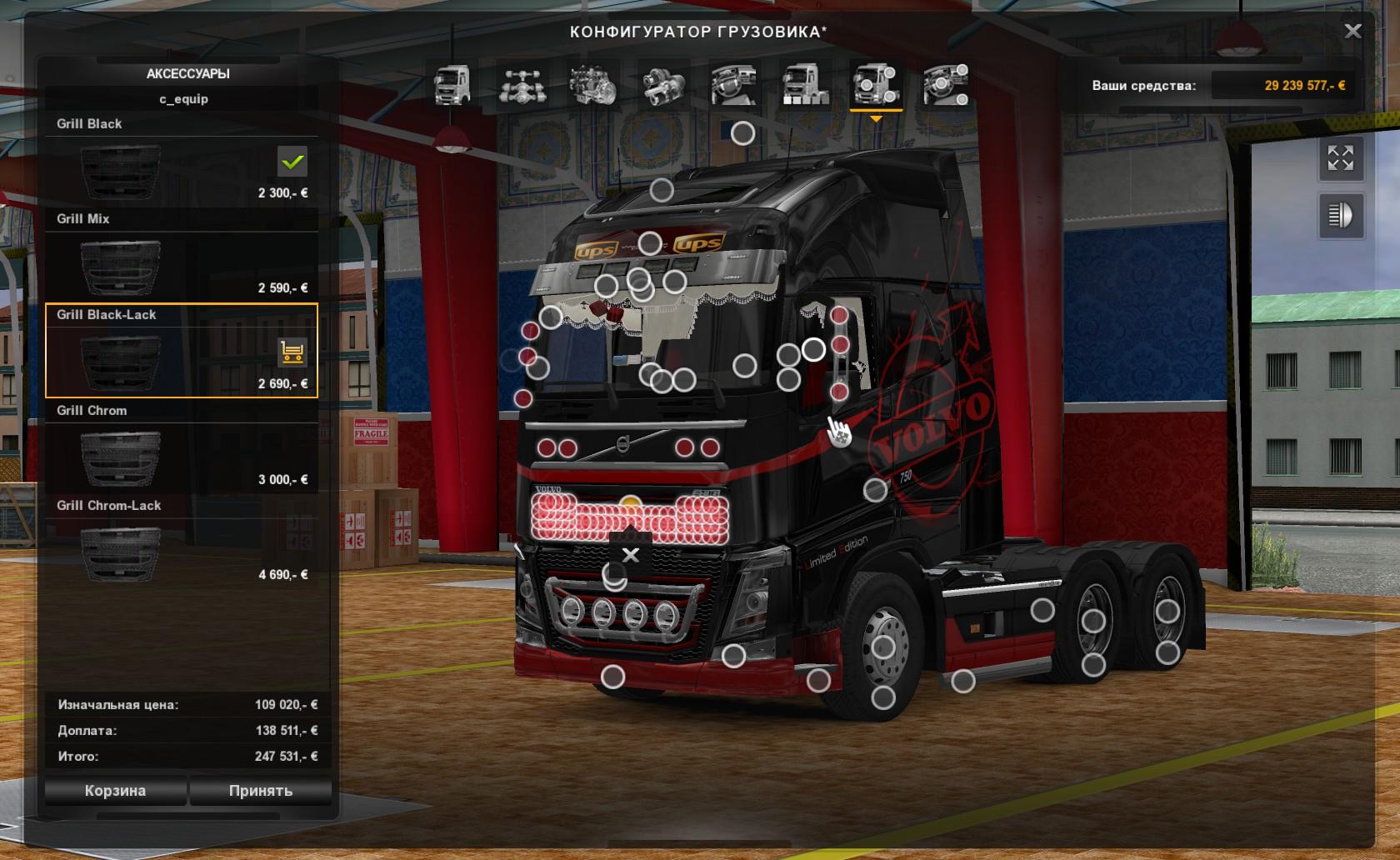 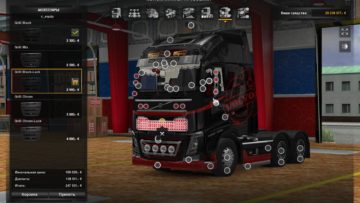 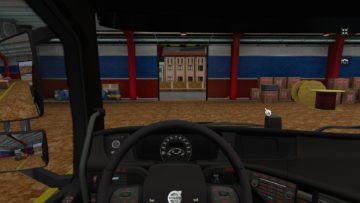 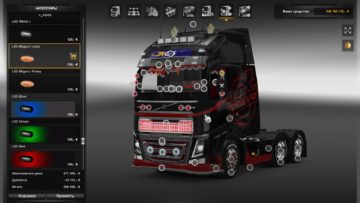 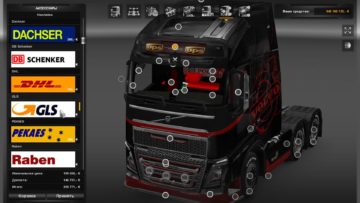 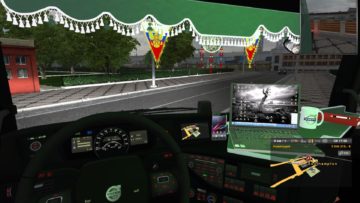 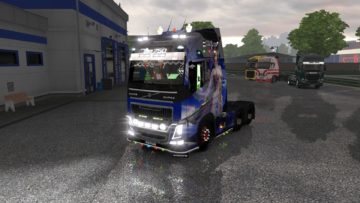 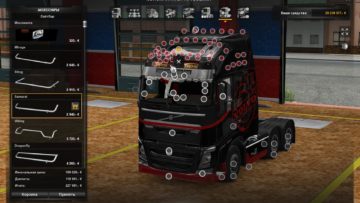 I offer you a little revised and expanded Volvo FH16 2012 from the team MTP,
Altered several textures,
I added a new, more powerful engine.
I fix all errors found
I adapted to the new version
Now there are two versions of the engine sounds, which are dependent on the engine.

This mod adds a large number of accessories and tuning for Volvo in 2012, and most other trucks
Just add more Accessories in the interior, the entire tuning removable
It contains skins pack
Four variants of the cabin.

Note: if you already connected file akcesoria_do_tuningu (large pack Accessories), disable it in order to avoid conflict! Since the latest version of this mod is already built in this fashion!