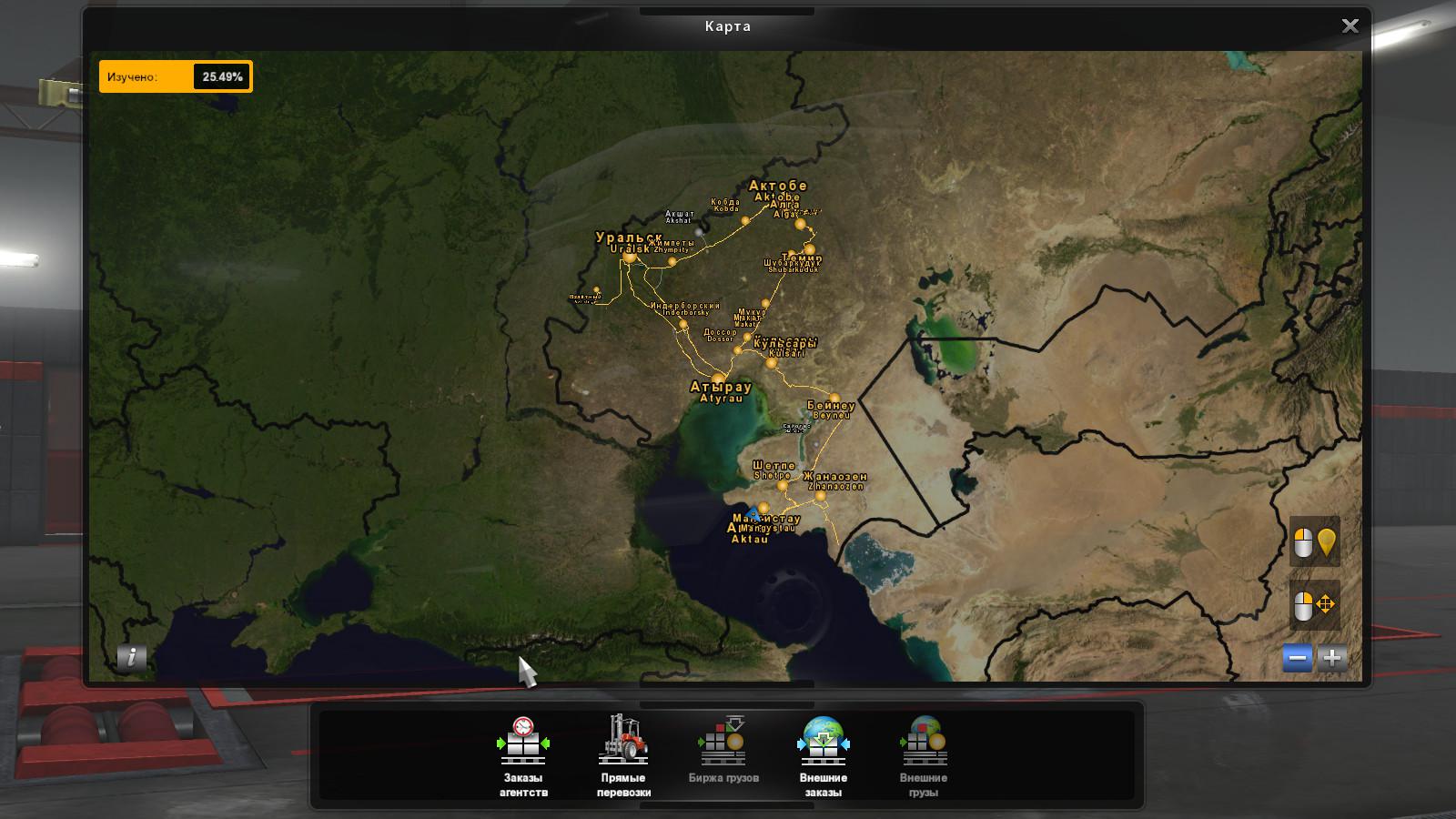 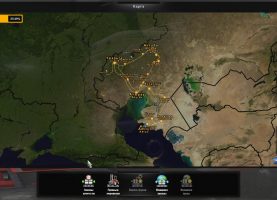 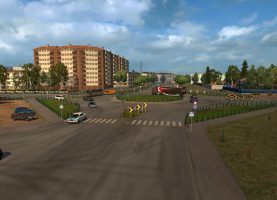 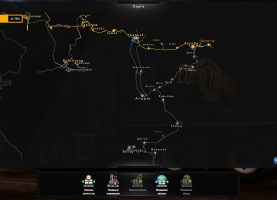 “Great Steppe” Map of the Republic of Kazakhstan, which opens the way from Europe to Asia with the help of the RusMap Project. The modification works both on its own (on the right side of the main map and is not connected to others, that is, autonomously) and in conjunction with RusMap, which gives a road connection with the map of Europe and other modifications …
The map is practically completely redesigned, that is, it is shifted along a more realistic projection similar to the SCS.

Installation order: 1. Unpack the downloaded files with the 7zip archiver, click unpack on the first file, then everything will be unpacked. All 4 files must be downloaded and located in one folder. 2. Place all unpacked files in the My Documents / Euro Truck Simulator 2 / mod folder. 3. Connect all files in the mod manager. Note: If you are using RusMap, then the file The Great Steppe – model2.scs does not need to be included! 2. Connect all files in the mod manager. Note: To work correctly, The Great Steppe map should be below the mod list.