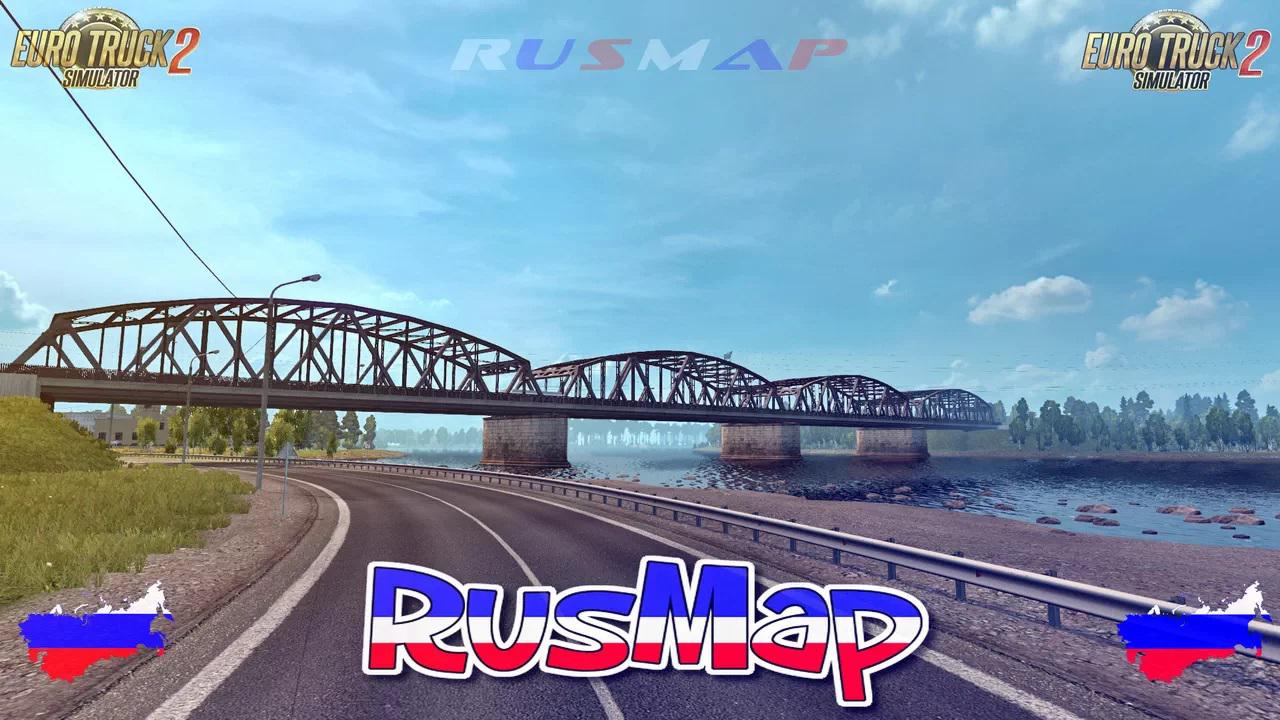 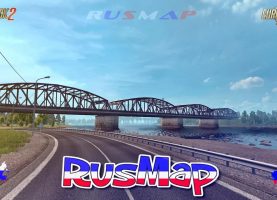 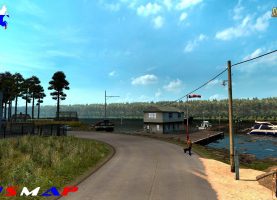 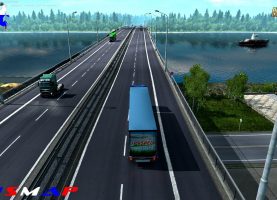 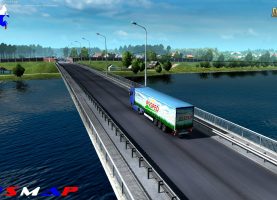 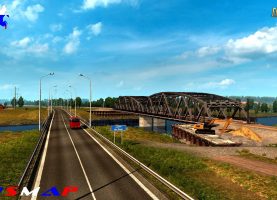 RusMap – is very detailed and has long been liked by the users of the game.

Changes in v2.1.2:
– Fully finalized the cities of Lida, Slonim, and Volkovysk (Belarus);
– Fixed bugs (plenty of them);
– Made localization corrections (thanks wik412).
– New Roads added in Russia and Belarus.

Many truck drivers in real life have traveled the country far and wide! Visited many cities in transit or at work. Maybe for some driver this map is nostalgia, for someone it’s just the very beginning of the work, but most importantly each of us has become an admirer of the RusMap map!

RusMap v2.1.2 is the latest update map for Euro Truck Simulator 2 1.38.x game version, which has an extensive road surface structure with beautiful, detailed towns and cities. In Russia there are 48 full-fledged cities with their infrastructure, transport companies and attractions. There are fewer cities in Belarus 14 that are already present in RusMap. The authors of the RusMap Russian map for Euro Truck Simulator 2 used high-quality models of objects and high-resolution textures, real-life buildings and panoramas are located in cities, the realism is most noticeable in Voronezh at the entrance from the right bank to Vogresovsky bridge, and in Volgograd, near the monument Motherland architecture.

Dozens of tracks connect all these settlements and along these roads you will transport various cargoes on your favorite trucks. In many cases, the road surface is not specially made to bring the trip closer to real conditions. A large number of additional textures and objects were used to largely convey the features of those types that can be seen while driving along the routes of Russia and Belarus.
Features mod RusMap:
– Map of Russia (48 cities) and the Republic of Belarus (14 cities).
– Roads in Russia and Belarus;
– Lots of new cities;
– Various objects and points of delivery of goods, companies.
– New prefabs, models and companies
– russian placeables on the map
– nice landscapes, great roads to drive


Credits
Author of new models: Gricko.Used models mario1961.Grateful for his klipstoeun8839 excellent model for maps.Special thanks Gricko, for their help in the construction of maps, correcting all the mistakesand shortcomings, as well as for new objects that make the game atmospheric.Thanks Vladzz-G for the correction of license plates.