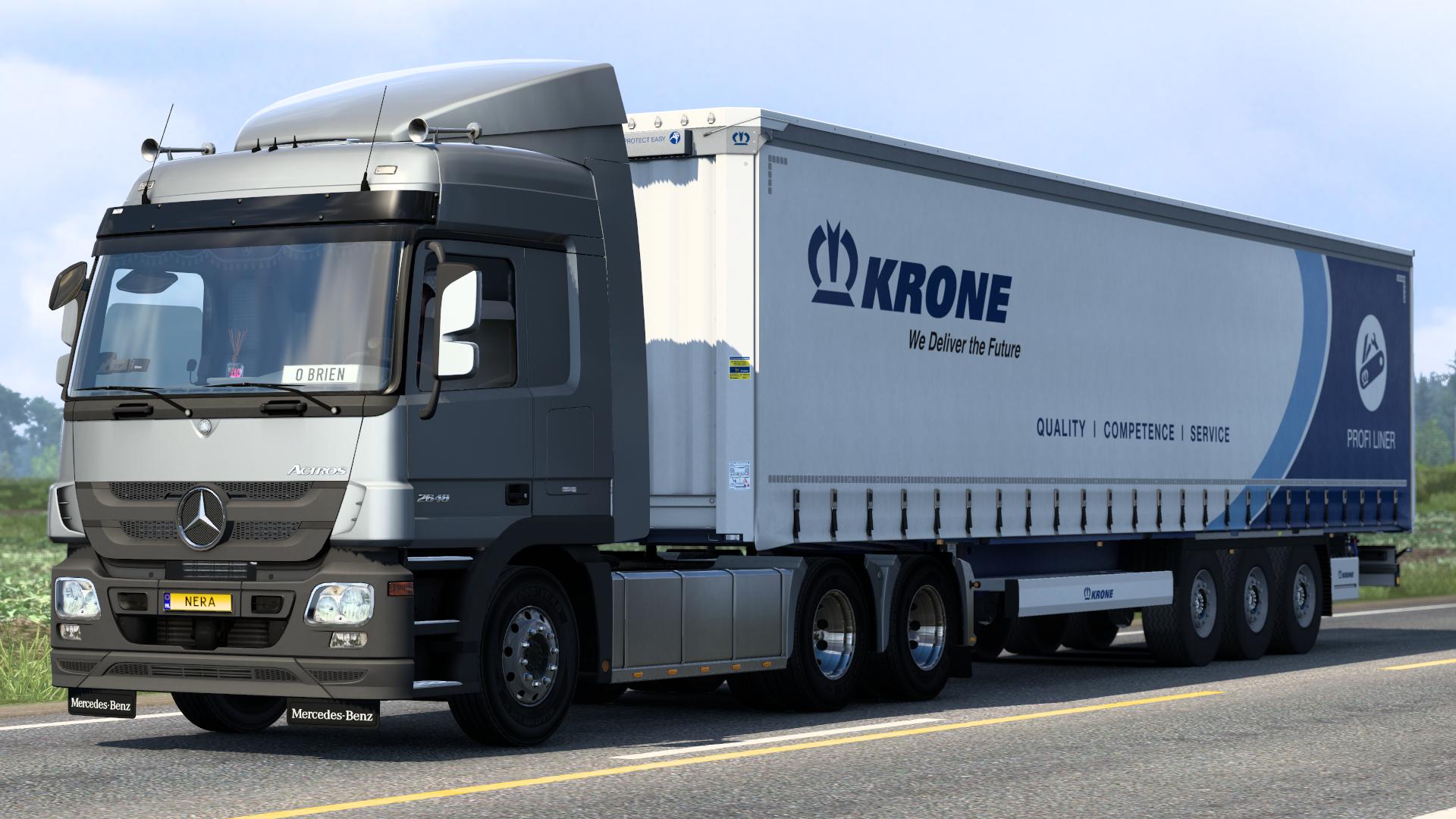 Mercedes Actros MP2/MP3 V6 sound mod for ETS2! It works on versions 1.39 and 1.40 of ETS2 and features realistic engine, interior, air-gear, air-brake and more sounds, which are all recorded in reallife. The most sounds I used are from myself, but some engine load sounds are from a MB Axor truck mod for ETS2, which included sounds by EVR. They are free and unlocked, so I used them in this mod too, because you only hear them very lightly and only when the engine has 20-30% load. I´ve tried to recreate the original Actros V6 sound as good as possible, and I think it sounds pretty good and represents the real Actros. There may come some more updates in the future, depending on how you like the sound and giving me suggestions 😉