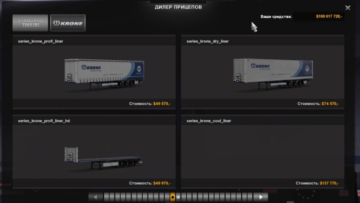 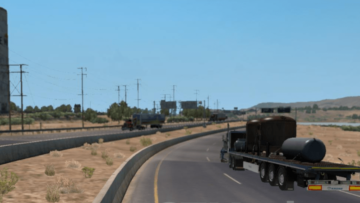 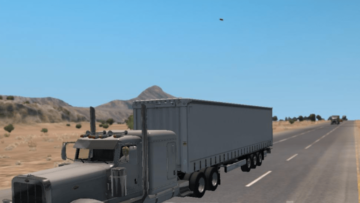 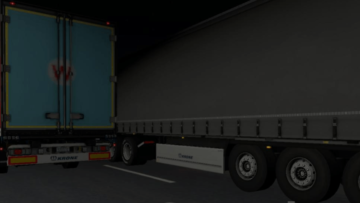 Redid the Krone Trailer Pack DLC from ETS2 for ATS …
Just want to apologize for the weight of the mod! In this mode, several DLCs are assembled (for correct display) and the texture part of the ETS2 base (for correct display of trailers and their textures)
– Made it so that all the textures were displayed normally, because some of the textures of the trailers were stored in the ets2 database, and not in the add-on database …
– Added a couple of disks so that you can put the tires and the Crone hub …
– Prescribed double coupling to the states: Oregon, Nevada, Arizona
– Registered painting trailers for traffic to American companies
– Added Krone Boxliner (for now only in traffic and in direct orders, later I will try to add for purchase)

P.S. Those who perezalivaet mods on their links and uploads to other sites (And I know that there are such here): Please indicate the original download links! I don’t mind that you upload a mod to another site, but at the same time indicate the Author (me) and insert original links! (mine) Otherwise, if I find my mod on other sites, while with another author or links, I will file complaints and demand blocking, both mod and links! We will fight with reloading SO!

Version 2.0 for American Truck Simulator (v1.32.x):
– Added support for all companies in the gaming world!
– Added a postscript double hitches to the state of Arizona! (Not everyone has the necessary DLS and I was asked to make a purchase with an available garage in one of the standard states)
– Eliminated the bug in which some players incorrectly displayed the texture of the tent on ProfiLiner
– Fixed a bug on the cooling installation on CoolLiner
– Added support for cargo ATS (previously there were loads only from ets2 (they were built into the pack)) Who does not support American cargo, write in the comments, we will understand! (I just tried it with friends, some are fine, some just have 2 loads)
upd: I’m trying to make a purchase of BoxLiner, but if this will not work in the next update, then 100% will be done after the release of ETS2 1.33