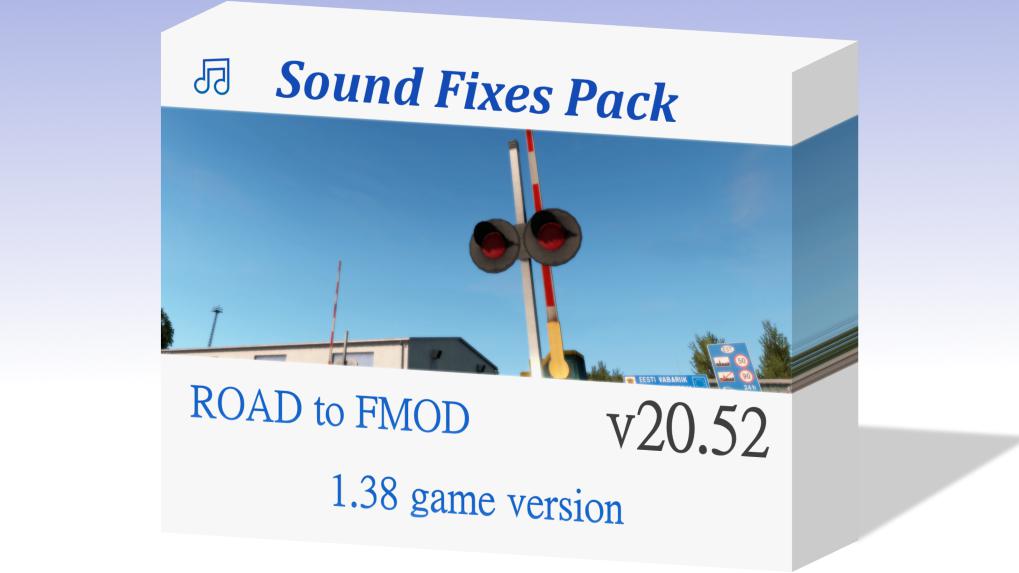 Compatibility
* ETS2 1.38.1 + ATS 1.38.1. No errors in game log. Must have high priority in Mod Manager.
* Compatible with all maps and all trucks, including truck mods.
* Does not replace individual truck sounds, so this mod can be used with an unlimited amount of truck sound mods of your choice.

## 1. Fuel / Gas station sounds
* Retro/historic ding sound for while the fuel is pumping (circa 1960s to 1970s). The number of dings can help give you an idea on how much you refueled.
* Real fuel pump, fuel lid, door close, seat belt click and key insertion sound effects for after refueling.