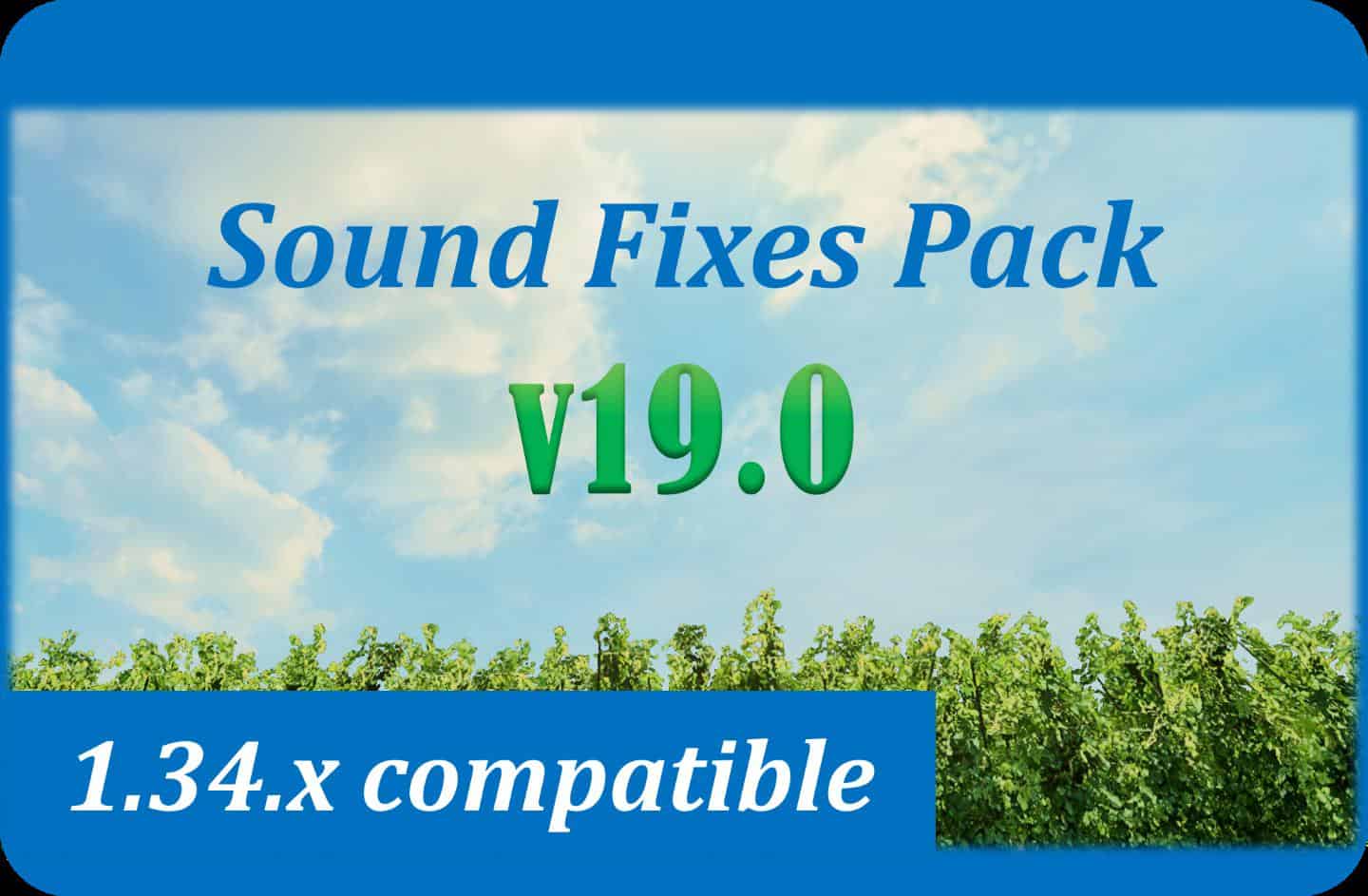 – Pack provides improvements to common sounds in the game, making them feel more immersive and real.
– The goal of the mod is to make the game’s sounds feel like real life!

Compatibility
* ETS2 1.33.2, 1.34.0 + ATS 1.33.2, 1.34.0. No errors in game log. Must have high priority in Mod Manager.
* Compatible with all trucks, including truck mods.
* Does not replace individual truck sounds, so can be used with an unlimited amount of truck sound mods of your choice.
* Compatible with all maps.
* Supports compatibility with rain sound mods such as Realistic Weather Sound 1.7.9 (provides realistic thunder + rain sounds). Both can be enabled at the same time. Check the load order image included for more details.
* If using any of Grimes’ seasonal mods, place the seasonal mod with higher priority than the Sound Fixes Pack for a more accurate seasonal experience.
* If using winter mods, please enable Frosty Winter Weather Sound addon from Options folder of Sound Fixes Pack for winter sounds.
* Traffic density/behavior mods (in lower priority in Mod Manager) can enable realistic sound ranges plugin from Sound Fixes Pack by inserting this line into def/traffic_data.sii: @include “traffic_data_update.sui”

* More refined generic AI traffic car sounds. Less buzz noise and more tire sounds and quiet engine sounds.
* AI traffic vehicles given new horn sounds. Depending on the patience of the driver, a short or long honk may be used. [ETS2 only] * AI traffic trucks/buses given more variations of detailed sounds (may include turbo sounds, distinctive engine sounds, sounds of gear changes, etc.). [ETS2 only] * Variety of distinct engine and horn sounds for several vehicles (e.g. motorbike sounds for motorbikes) in various AI Traffic mods and in stock trucks from the original game. [ETS2 only] * You can hear the slight sound of vehicles overtaking you or passing by you in the oncoming lane.

Set tire and wind volume
Wind or tire noise too loud? No problem. You can configure its volume using these developer commands. Syntax is as follows:

* SCS Software for base sounds
* Drive Safely for pitch, reverberation and sound edits, some sound samples, and for compiling mod
* antonvezdehod, Ludmilla and Katixa/Irreo for some tire sounds
* Balamut for some key swing and light suspension sounds
* AlexeyP for some trailer coupling, gate/barrier and fuel pump sounds, and sounds from Improved Environment Sound
* cipinho for some AI traffic sounds
* julian for AI traffic sound compatibility update for ETS2 v 1.34.x