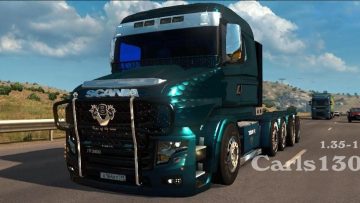 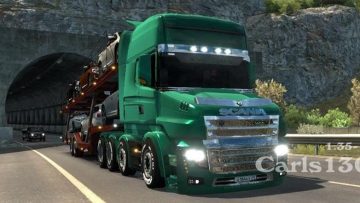 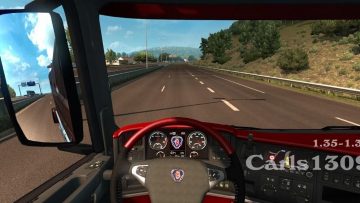 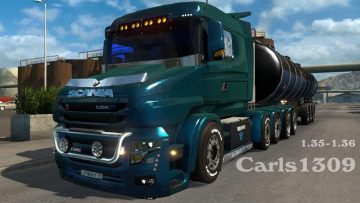 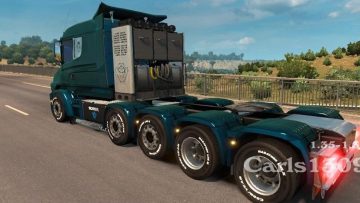 Scania Illegal T – represents a hybrid combining two known creations fashion: Scania T and Scania illegal.
The tractor has a bonnet arrangement provided in the cab 8 embodiments, as well as a set of modified solid interior, chassis, engine and a great number of various accessories.