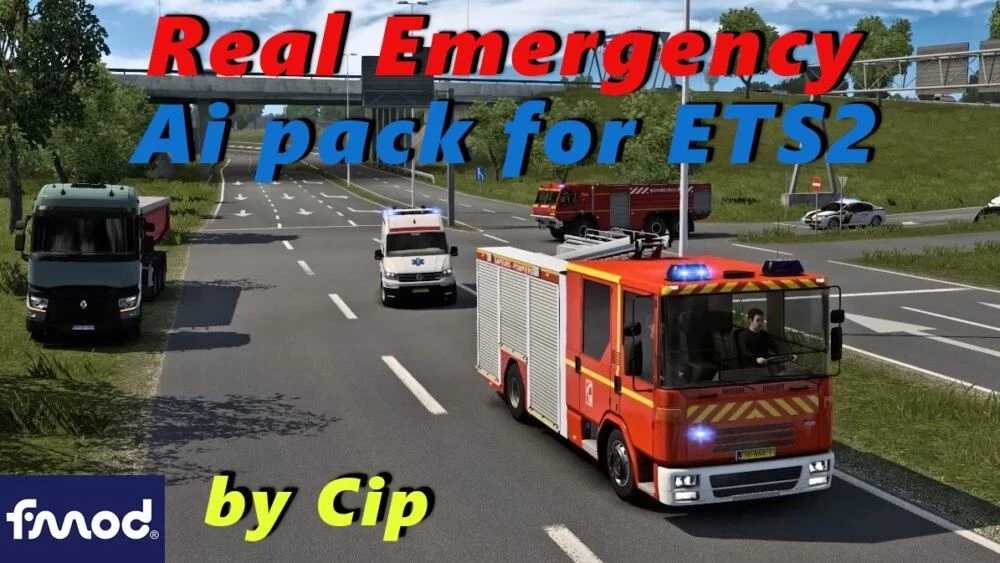 Features:
– Mod adding in traffic versions of all SCS stock police and emergency vehicles with beacon and personalized siren sounds, spawning alongside default vehicles and at the same spawn ratio as their opponents
– All vehicles have personalized sounds for all EU countries covered by SCS
– each vehicle can spawn only with beacon or with beacon and sound, while the sound is also not continuous
– each siren sound has a length between 20-30 seconds and the gap until the sound will start again is random
– all vehicles have also engine sound (imported from my Real Ai sounds)
– no sounds for vehicles spawned in road events

other mod features only available if used together with my Real Traffic Density mod:
– Emergency vehicles have own speed class, however every Ai will obey traffic signs and red lights
– default police and emergency (without beacon and sounds) are restricted only to local roads
– a silent version of Real Emergency vehicles (with less probability of having a sound) can also spawn on local roads)
– Ai vehicles spawning in cities and motorways will be more likely to have a sound