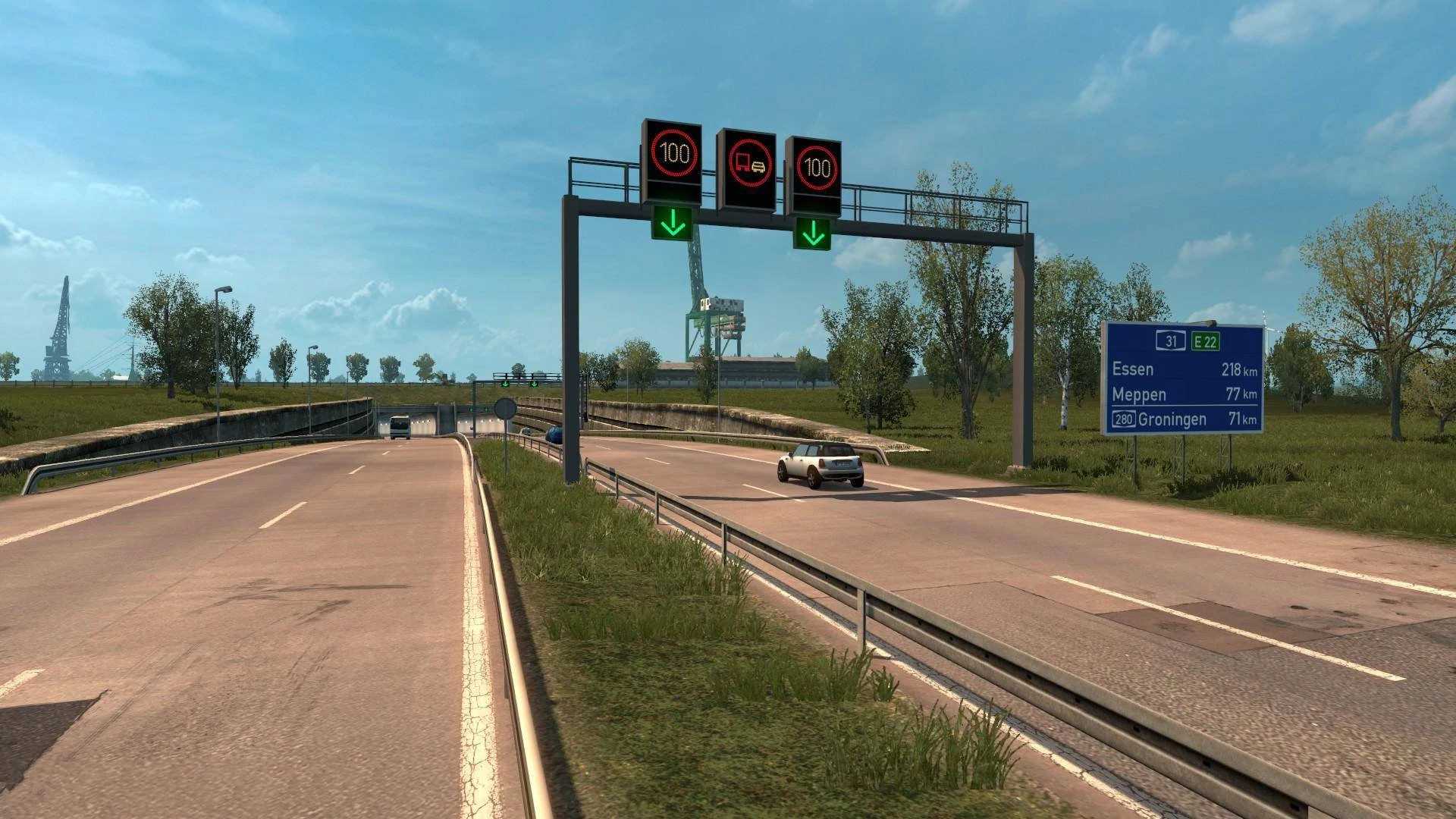 What’s new?
Iberia is now required
The road network of Emden and the surrounding area has been rebuilt to match current graphical standards.
The Bremen rework done by ProMods has been merged completely with Emden – thanks to MG Mike for pointing this out and MandelSoft for telling me exactly where these were located.
Some more of Emden has been opened up and now includes two more companies; OBI and Lidl – The prefab used for Lidl is known to be problematic as it is old, when/if ProMods fix the issue with Poland rebuilding prefabs then it should work again as normal.
The opening of scenic areas in Emden will allow for future expansion to the small holiday island of Borkum, this will come at a later date.

Original Post
Some of you may remember a mod created by a user going by Terg500 which added Emden, Germany to the game.
At some point the ProMods team did a rework of Bremen breaking this mod, I decided to fix it to work alongside the most recent version of ProMods since the original author left the forums a few years ago.
Please remember that this work is not mine, all credit for creating the city of Emden goes to Terg500, all I did was simply bridge the gap between old and new.
Load order is above the ProMods def file and Poland Rebuilding if used, I have tested this in my mega combo with no issues found so far