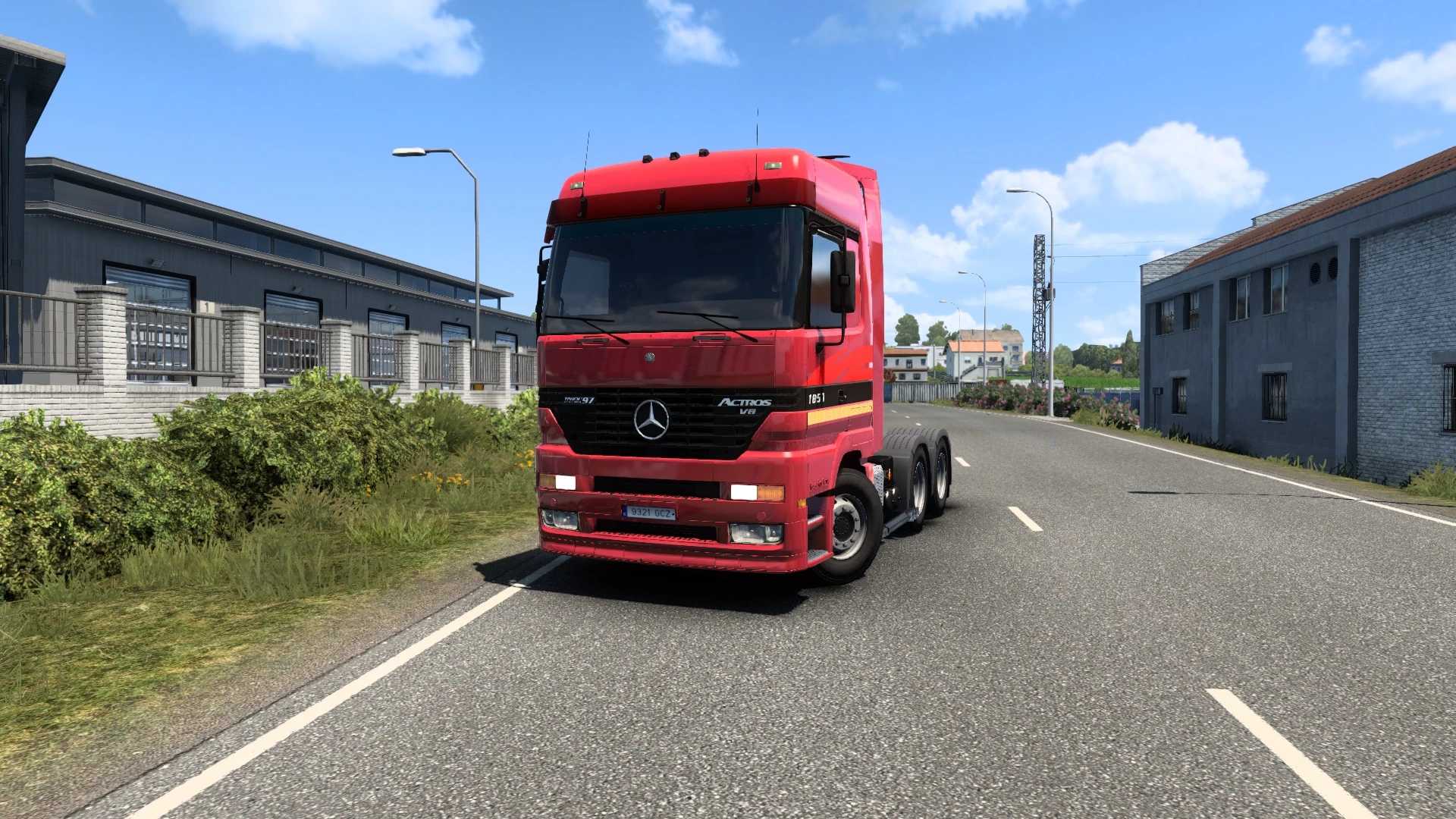 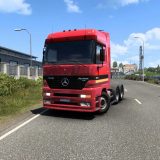 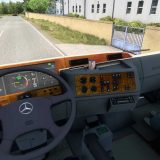 Mercedes-Benz MP1 (1997) from the Author – SOLARIS36.
Autonomous, does not replace anything, bought from Mercedes
Your own salon.
There is support for steering wheel settings – these are positions up and down, forward and backward.
It has 3 wiper modes.
Rich in its not great tuning.
It has its own engines with shield support.
6 chassis and 1 cab.
There are accessories in the cockpit and toys from STEAM.
Has a personal, calibrated camera.
Last change:
Attention: Errors are excluded, since the mod was tested on a test profile!
Converted all 3D models “PMG” and all animations “PMA”. (SCS Blender Tools).
Supports multiplayer with Convoy mode.
Added a personal, calibrated camera to the interior.
Optimized FPS in the interior.
Improved truck lighting at near and far distances.
Dashboard has been fixed.
Fixed display of side mirrors.
Fixed work of on-board computer and GPS navigation.
Engines have 2 modes, these are without fan sound (No Fan) and with fan sound (Fan).
There are also gearshift sounds.
Aesthetically improved appearance of the truck.
From the outside, the windshields and side windows are slightly darkened.
Fixed and improved truck physics.
Truck modified in dealer, company and truck gallery.
Found and fixed numerous errors in the game log.
The game log is now 100% (percent) clean.
Test on ETS2 version: 1.44.1.10s
Cheers and have a nice trip!!!
Authors: SOLARIS36.
Converting the entire model and animation: MaxX_AGENT.
Log improvements and fixes: MaxX_AGENT.
Adaptation to 1.44: AJIEHA