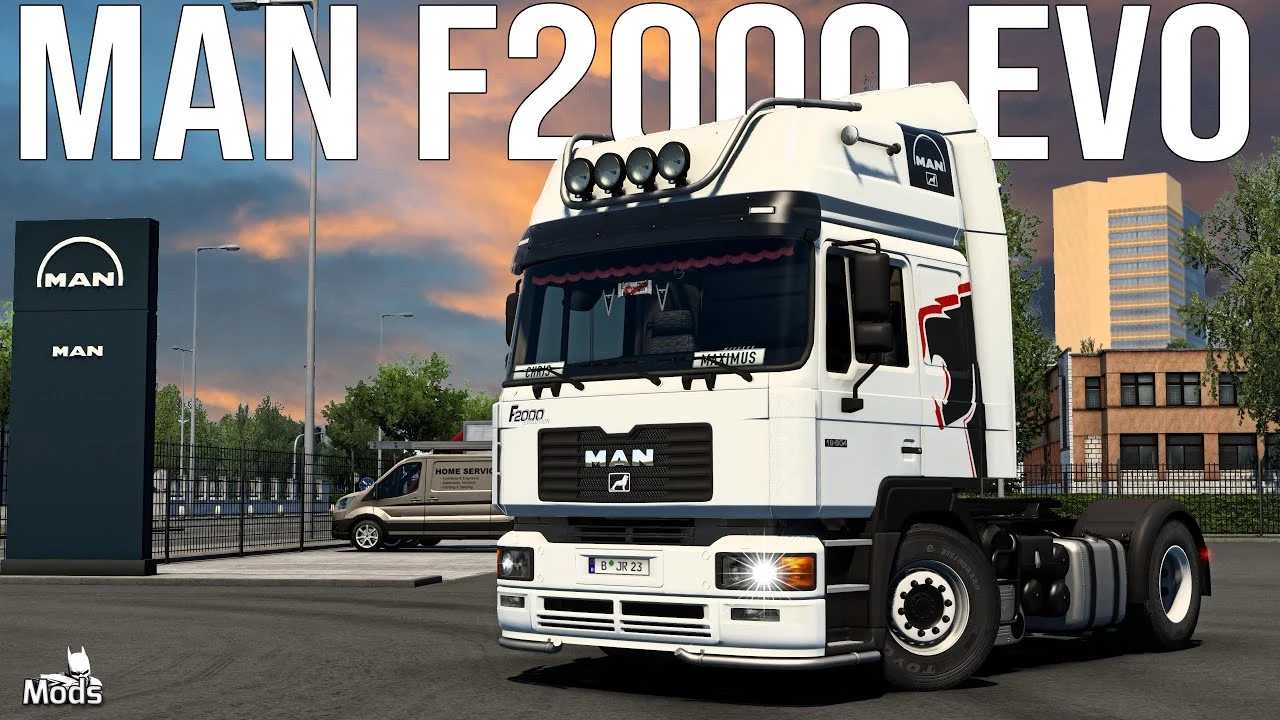 MAN F2000 Evo – this modification adds another top high quality truck model released by ,,XBS” author for ETS2 players. The heavy F2000 series with a GVW of 19-50t won the honorary title Truck of the Year 1995. Trucks of the F2000 heavy series appeared in the MAN program in the autumn of 1994. In 1998, these cars underwent modernization (the cabin design changed slightly, new engines, gearboxes and drive axles appeared), after which the Evolution prefix was added to the model name. The truck is equipped with the most spacious cab with a high roof and one berth (two berths in tractor mode).