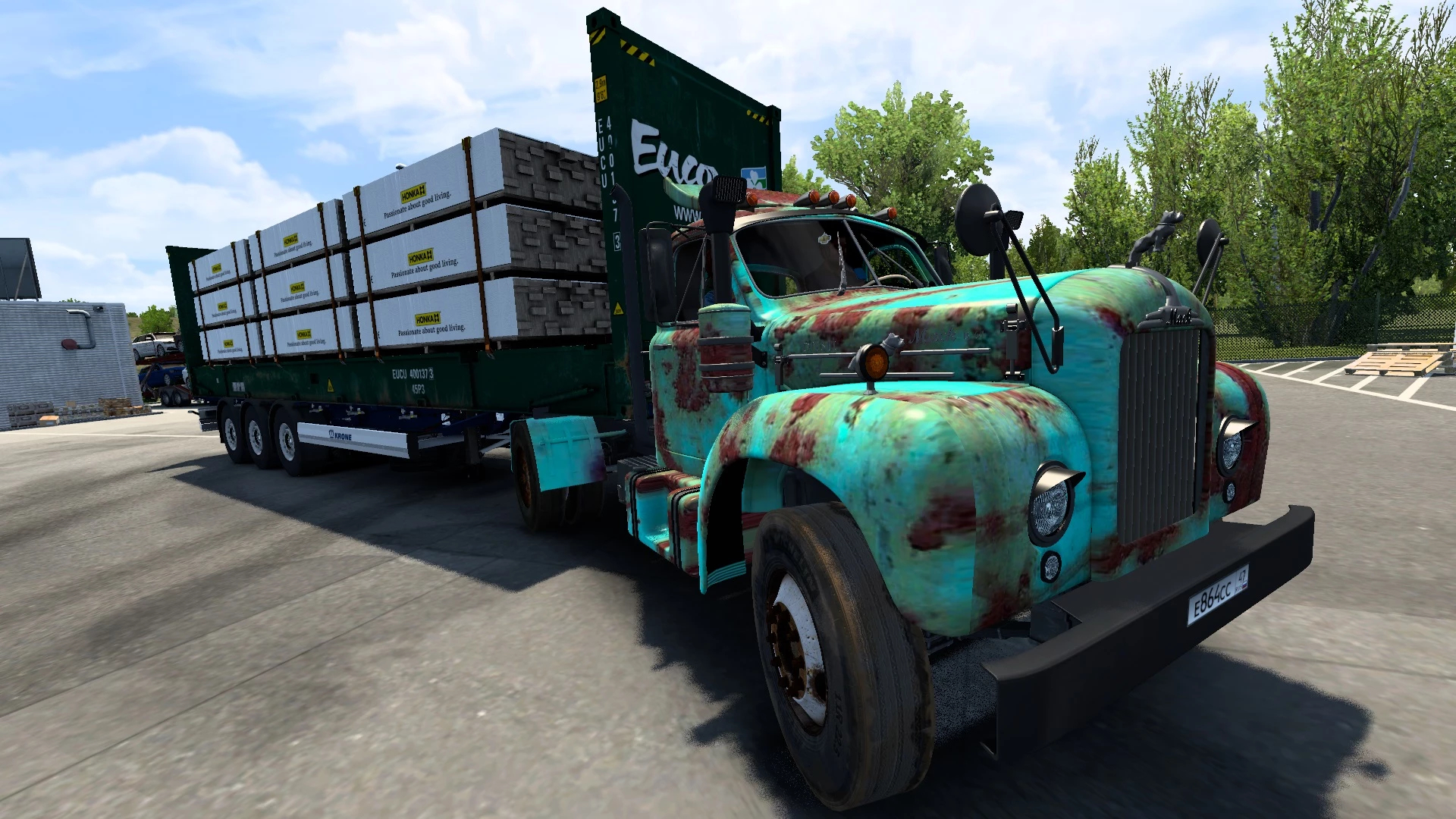 Description:
A completely new model made from scratch by the command “mo3Del Truck Game (mTG)”
It is bought in Dealers of Modifications in the car dealership “MACK”.
Registered in companies. It has a huge set of tuning.
Support for advanced coupling and animation of cables.
Support for skins, as well as skins by MaxX_AGENT (Army and Rusty).

Last changes:
Support for a personal calibrated camera.:)
Support for cameras for VR glasses, this is Oculus Rift, Oculus Quest 2 and others.:)
Fixed the windshield inside the interior.:)
Added a new lighting format for the truck.
Improved truck lighting in the near and far distance.:)
Removed a defect from the sun’s rays that were reflected on the front mirrors.:)
Adapted 38 Army and 58 Rusty skins in HQ format to the truck.:)
Added 21 types of engine sounds in FMOD format, 10 of them professional.:)
All the other added mods can be installed at will.!
Everything is 100% (percent) clean in the log:):).
Test on ETS2 version: 1.41.1.10s.
Authors: mo3Del Truck Game (mTG): Stas556.
3D model of the truck:  Sapgh, JAWA.
Envelope in the game, animation: Stas556.
Sounds FMOD: Kriechbaum, CyrusTheVirus, SerialBlack and XBS.
Adaptation and residence permit for the new version of ETS2: MaxX_Agent.