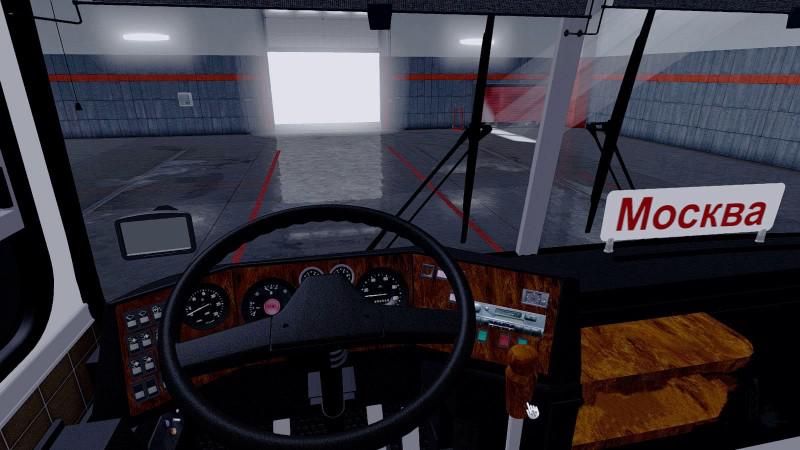 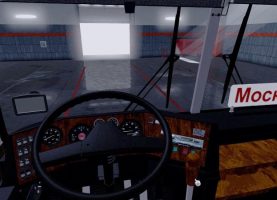 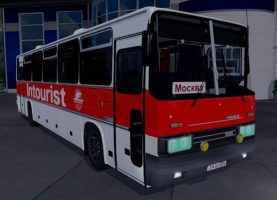 Mod features
Autonomous bus Ikarus 250 Apollo
Bought in Iveco salons
Your engine
Your wheels
Tuning outside and inside
Skin pack
Template for creating skins in the archive
Works on version 1.39.x.

Additional mods:
ikarus_250_59_wheel_turnover (set above the main mod)
This add-on for the amateur increases the steering speed. 2.5 turns in each direction as produced from the Ikarus factory. The controls become smoother for those who operate the mouse or game wheel. Disabling this mod – the steering wheel turns will be taken from the original mod (1.5 rpm)
ikarus_font_RUS (set above the main mod)
Mod adds a Russian font for the plates when they are activated.
(Type on the English layout in Russian letters on the keyboard. Some of the Russian letters have been transferred to numbers)
For the successful operation of the mod, it is recommended to set the ikarus_250_59_2021.1.39_beta file high priority!
The mod was tested on the default ETS2 card.

Description from the authors:

2) Chassis.
Under the understanding of the chassis in the gameplay, this is Raba Chassis for the Ikarus 250 bus, with a rear
a driving axle with a double (planetary) gear, with a different gear ratio.
Depending on the purpose of the bus (city, suburb, intercity), an appropriate bridge was installed.
The people said it easier, short, medium, and long bridge.

All raba axles with double (planetary) gears have a characteristic sound when driving (loading / unloading).
In gameplay, this sound is tied to the rubber and has no difference in bridge loading or coasting (unloading).
Use Ikarus tire sets, with different volume levels (depending on the output, the gearbox began to howl more), in
In this case, you will hit the note, there will be an “icarus symphony”

3) Engine
Ikarus buses were equipped with Hungarian raba engines (made in Hungary under license from MAN).
The first copies of the buses were equipped with engines of the D 2156 HM6U, D 2156 HM6UT (turbo) series, with a volume of 10.35 liters and D2356 HM6U (T)
with a volume of 10.7 liters, with a capacity of 192 to 230 (250) hp. Not much later, the motors were refined and improved, so it appeared
D10 series These motors are more powerful and more environmentally friendly, up to 320 hp.

The sound has been completely reworked. Sound samples were recorded by a professional studio from a real bus
brand Ikarus 256 (state number P 308 AF / tail number 008). Sound models are tied to Raba engines (MAN)
presented in 6 versions (older and later motors), differing in sound among themselves.

Starting with the 250.59 model, buses with a 6-speed ZF gearbox left the factory.
As a rule, we got under way from the second, the first lowered one (for extreme situations).

In this update, the operation of transmissions has been reworked according to their specifications.

5) Physics.
The default physics version 1.39 is taken as a basis.
Only one change has been made – the value of the engagement moment (for passengers) has been corrected.
This change did not affect the default trucks!

Disadvantages:
For passenger transportation – fans of automatic transmission control use the engine “D10 TLL 235 E2 – 320 hp”
Due to the special physics of SCS, automatic transmission control is not possible on weak engines.
The authors started developing their own passengers!
In connection with the animation of the door, all the paints have been moved to the “body” section, there is also no possibility to paint in a custom color. We hope that this is a temporary solution, and in the future adaptation will allow us to return everything to its place.

When opening a door or a window in rainy weather, the raindrops remain in the same place. Do not cross with the item.
(Who can help with these problems – write to the authors Zheka Lunev, Kodola Alexander)