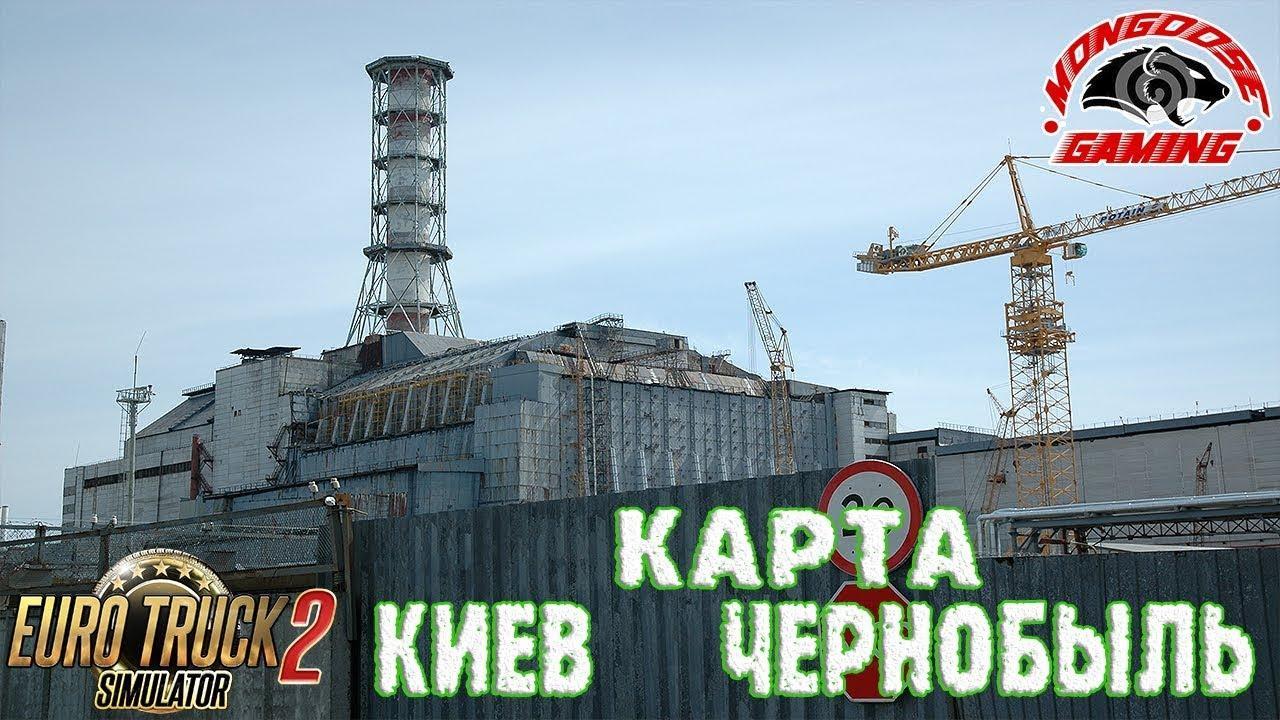 Changes in 1.2
– The map now works without DLC (if any DLC is connected – it works too!)
– Fixed visual errors
– Manifestes have been added
– orders for Chernobyl have been added
– fixed problems with tram route
The map was made based on the route Kyiv-Chernobyl.
The distance from the extreme points of the map is 230 km.
The map includes two districts: Vyshgorodsky (the cities of Kiev, Vyshgorod, Demidov, Dymer, Stary Petrovtsi, Katyuzhanka) and Ivankovsky (Ivankov, Katyuzhanka, KP Dytyatki, Chernobyl).

Installation: see in the video
For the operation of the card, it is necessary that the DLC “Scandinavia”
Plot: Take the cargo from Kiev, take it to Dymer, then follow the plot from Dymer (or another city) to Chernobyl. Then from Chernobyl back to Kiev.
The roads were made diverse, there are potholes, irregularities, rather insidious places where one must be very gorgeous.
The economy and traffic were also adjusted to Ukrainian (traffic in terms of the amount of transport). In two districts different economy, fines, prices for diesel fuel, etc.
The map is planned to be finalized and expanded.
New tracts from the Kiev and other regions of Ukraine are planned.