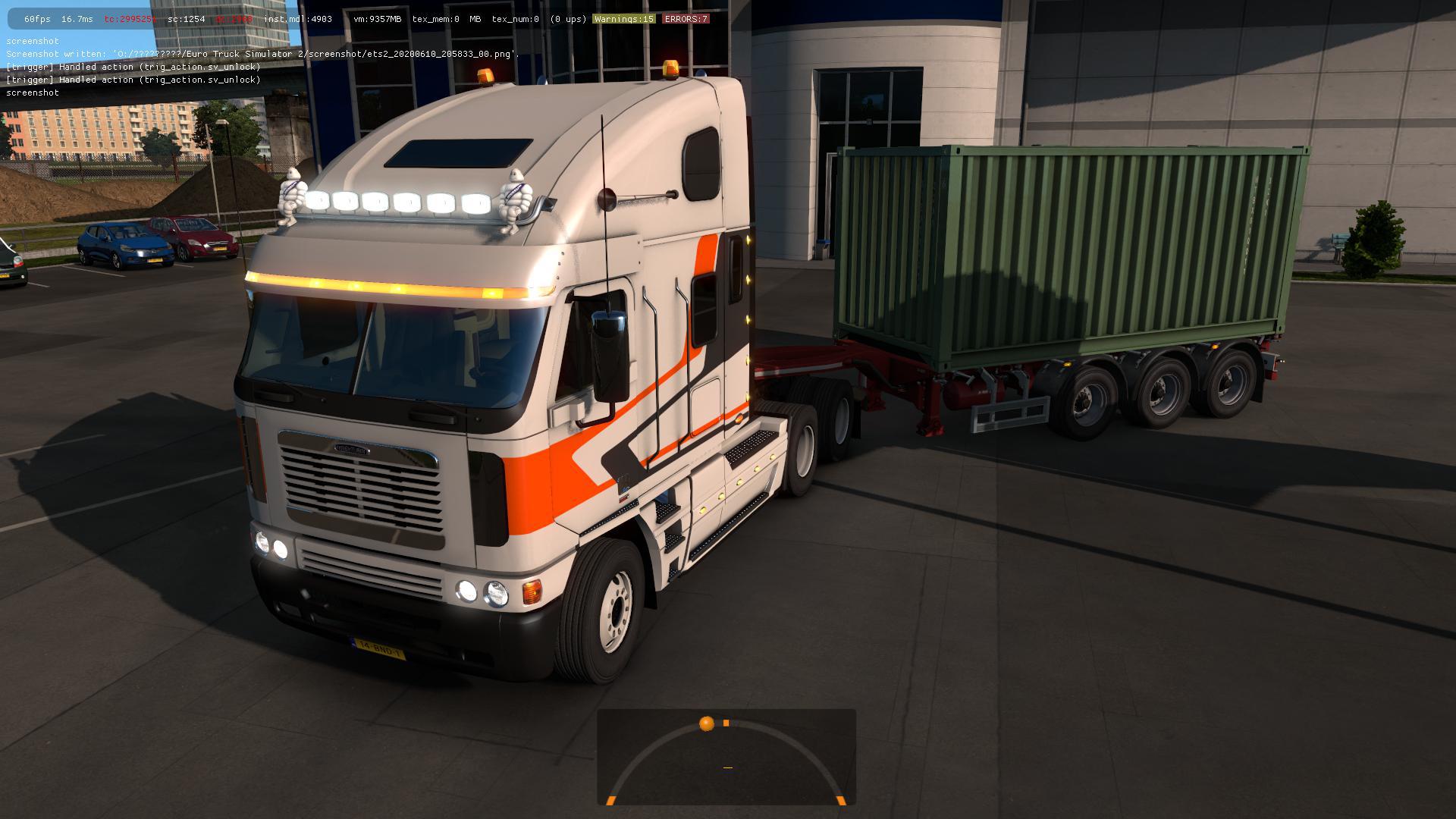 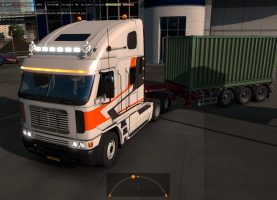 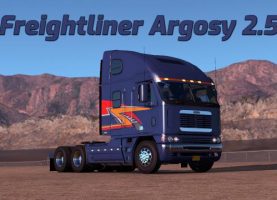 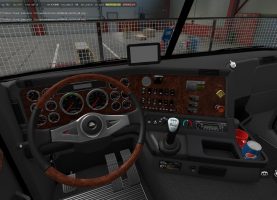 Changes v2.5
– Engine and interior sounds converted to FMOD Sound System,
– Added openable windows,
– Improved internal animation (working analog clock, air valve in the trailer, etc.),
– Changed the interior model in accordance with the truck model,
– Moved interior model / view to the correct position,
– Separate exterior model from truck model,
– Combining both cabin models in one with options,
– Adjusted idle / maximum speed for all engines,
– Made by GPS as a separate interior accessory,
– Added all SCS inventory, hanging toys,
– Made some corrections to the shadow of the wheels and the shadow of the UI,
– Many other fixes and optimizations.
– Your skins.