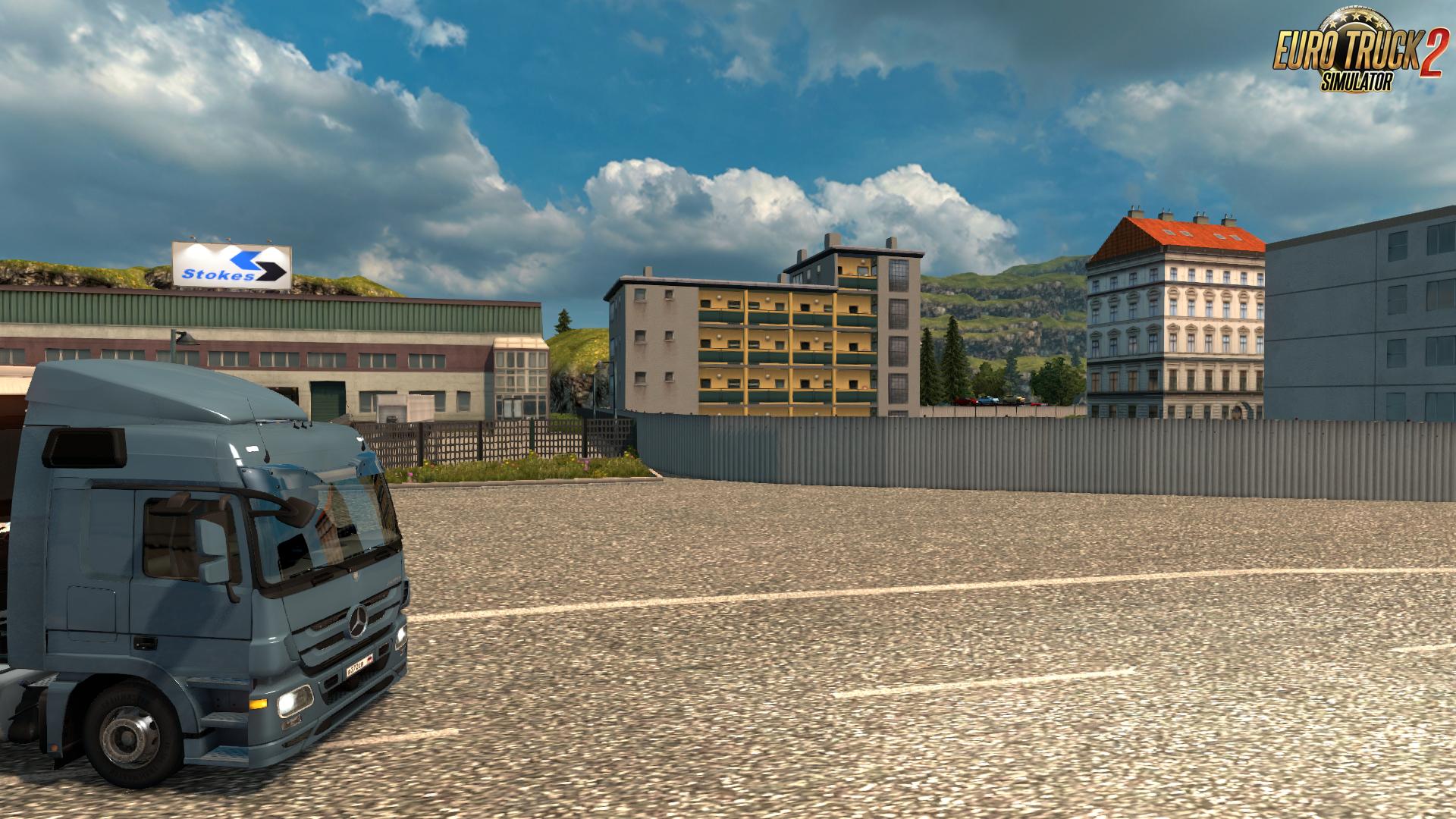 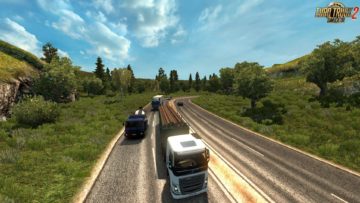 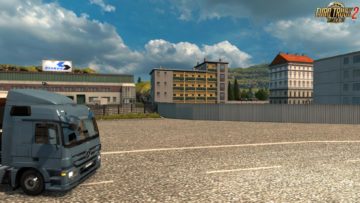 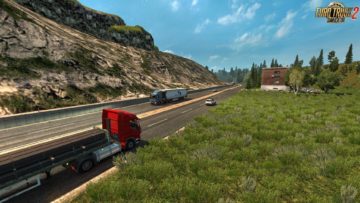 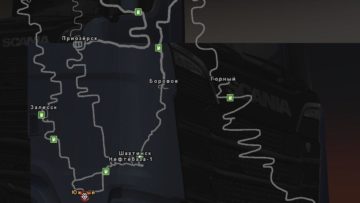 Standalone map, when creating a profile, you must select the module D2.mbd
*Required DLC Scandinavia
The map is similar to the map from the game Truckers 2

Features:
The map was made for yourself and just try your hand at mapping.
As it was clear from the name of the card, it copies the map from the famous
game as much as possible and now it is made with small surrounding roadsides
compared to the capabilities of the ETS 2 engine.
The cities are slightly enlarged compared to the standard D2 map.
The roads are almost all built, a fully functional map on which you can carry goods, buy trucks, etc.
The map is made of standard textures and prefabs (almost), so it is not a big size.
If the players are interested, the project is planned to be developed; by the number of letters,
I will understand whether the project is interesting or not.

New version 1.1:
1) The economy has changed, now there is a load on the base, damage and price of
delivery of fragile and expensive cargo have been corrected
2) Service stations have been transferred near the city of Yuzhny – now it is in place,
the area near the city of Yuzhny has been redone, radars have been added near
the city of Yuzhny, patrols have been added near Yuzhny
3) The city of Yuzhny was rebuilt – the fence of yard territories and roadways,
pedestrians, a smoother landing and takeoff of airplanes were added.
4) The tunnel on the highway Shakhtinsk – Borovoye has been corrected (it is now in grief and sticking stones removed)
5) The guardians of law and order are now moving to the VW Passat and BMW 5
6) The distance of drawing the Elnino-Yuzhny roads, the Southern cities and the Southern-Bukhta,
Bukhta-Elnino and Nizhnegorsk-Gorny roads are increased (including Shakhtinsk, Borovoye, Nizhnegorsk, Bukhta, Klyuchi and Gorny)
7) On the Zalessk-Yuzhny highway: signs were installed added side barriers, slightly changed the height of the road.
8) The mountain was corrected, the TradeAux base registration in Borovoy was corrected
9) The number of cows near Yelnino was increased
10) The roadsides along the Borovoye-Nizhnegorsk highway were changed (not the final version),
the mountains near Nizhnegorsky were added
11) The name of the cities of Yuzhniy and Zalessk
12 was fixed the sticking texture of the mountain in the Bay
13) The turn is changed in the Keys from the side of Elnino
14) The sides of the road were changed and steeper turns on the road from the service station near Shakhtinsk to Shakhtinsk.
15) Oil depots were added near Shakhtinsk and on the main road Elnino-Bukhta