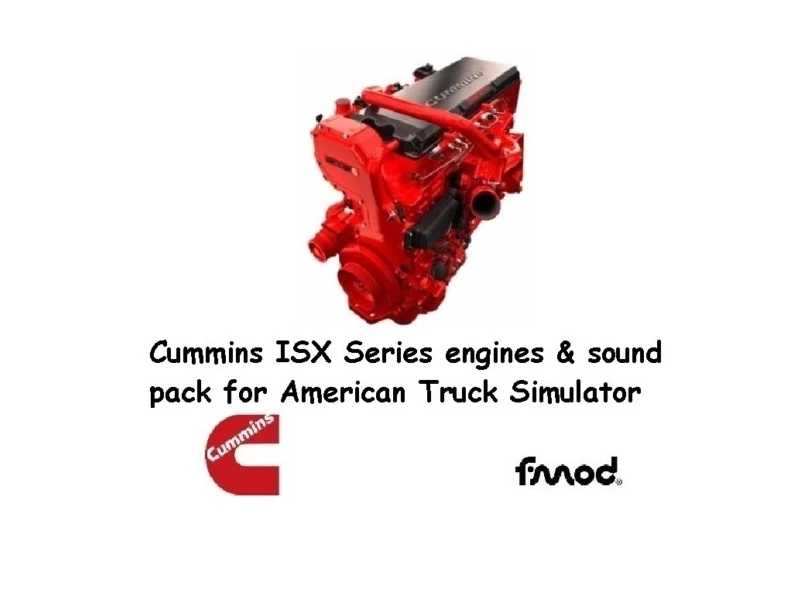 Updates:
v 1.3
Compatibility with version 1.43; The equalization of the sounds in the cabin is improved, according to the requirements of SCS Software.

This package contains the engines of the Cummins ISX line, where it contains several variants of sound depending on the truck.

Contains 4 sound variants, 3 depending on the truck and 1 optional, Straight Exhausts. In the file attached to the mod, “Truck Support Listing”, it contains the list of trucks that the mod supports.
Two sound variants are based on Kapitan Kriechbaum’s audios and another two from Odd_Fellow, adapted according to use of mods prior to 1.36 ATS.
The sounds of the Cummins ISX Signature are based on the sounds of Kapitan Kriechbaum for the 2015 versions of Euro Truck Simulator 2, and they are present in all the trucks on the list.
Tested on American Truck Simulator versions 1.39, to 1.43 per FMOD guidelines.

Note:
After downloading, first unzip the file, and then copy the mod to its corresponding folder for it to work. Otherwise, the game will not read it correctly.
The mod can also be shareable with versions 1.39 to 1.42, but it may throw some bugs on the console, although it will not affect the game.