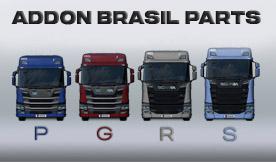 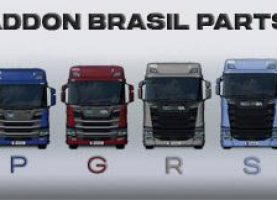 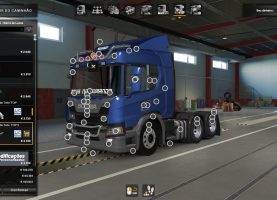 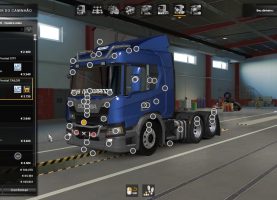 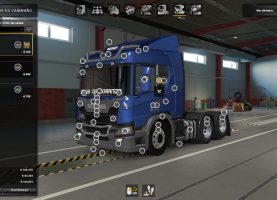 Added 27 Air conditioners
———- 05 Insuffl options
———- 02 Brazilian plates being red and Mercosur that can be edited in .DDS
———- 03 Solenoid Horn Options
———- 60 stickers for interior and exterior glass that can be edited by .DDS
———- 04 biasi tanks to TRLR CABLES replacing the Original and with functional hoses
———- 04 hydraulic tanks that also replace the TRLR CABLES thus being the coupling hoses to the functional trailers